Save The People’s Palace and Winter Gardens! Located on Glasgow Green, Scotland is a museum and glasshouse which was opened on 22nd January 1898 by the Earl of Rosebury.  At the time, the East End of Glasgow was one of the most unhealthy and overcrowded parts of the city, and the People’s Palace was intended to provide a cultural centre for the people,  It was designed by the City Engineer, Alexander B. McDonald.  At the opening ceremony Lord Rosebury stated ” A palace of pleasure and imagination around which the people may place their affections and which may give them a home on which their memory may rest”.  He declared the building “Open to the people for ever and ever”. 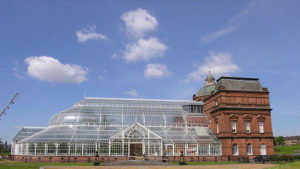 Glasgow City Council are legally obliged to maintain and keep open this gift to the poor of the city and all its people thereafter.  This is not political.  This is a reminder to the Glasgow City Council that a vital piece of the city’s heritage, a free space for families, an educational resource for all cannot be allowed to go into ruin and be denied purely because it has been neglected.  The Winter gardens closed in December 2018 with still no investment identified by the Council.  The People’s Palace suffers from similar civic neglect.  We hold it in great affection and want the Glasgow City Council to invest in it now!

Sign the petition and express opposition to this great landmark being treated as a lost cause by those in power.   We have 66,427 signatures already. Our target is 75,000 with your help we can reach this to add weigh to our campaign to restore and re-open both the Winter Gardens and People’s Palace.